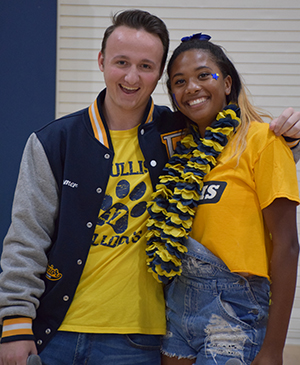 Bullis’ student body (and staff and parents, too!) are randomly divided into two teams. The Blue and Gold Teams each have an Upper School captain, and the teams engage in friendly competition throughout the year to win the coveted Spirit Cup at the end of the school year. From Blue and Gold dress days (no uniforms—just all blue or all gold) to attendance competitions at athletics or arts events, to cheering at weekly assemblies, Blue and Gold is a spirited competition that the entire community engages in enthusiastically and with great loyalty! 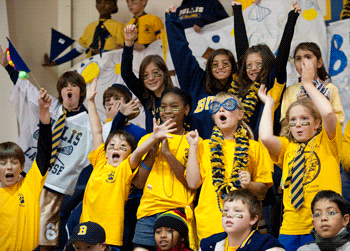 The Blue Team has won the Spirit Cup for the last two years—but as the Gold Team points out, Blue has won  each year by the narrowest of margins. So this year the Gold Team is seeking to balance things out.

Bullis Schoolâs traditional colors, blue and gold, originated when the School was founded in 1930 to prepare candidates for the United States Naval Academy. As Bullis has grown over the years, the Blue and Gold remains with us—youâll see it in the school seal, in uniforms, on banners around campus and filling the stadium and bleachers during games!