About the Early Years 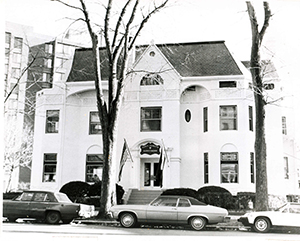 By spring 1932, 19 studentsâboth day and boardingâ were enrolled. At first, 28-year-old Captain Bullis and his wife did everything from teaching to bookkeeping to cooking and handyman repairs. Classes began at 8:00 a.m. sharp and ended at 4:00 p.m. and were held until noon most Saturdays, with long study hours every night. There was little time for sports or other activities. 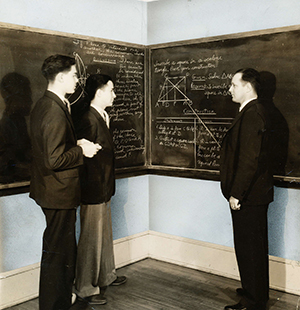 As enrollment rose, the School relocated in 1935 to the âcountry settingâ of 4.5 wooded acres at Cedar Avenue and Houston Street in Silver Spring (now known as Bullis Park). During World War II, William Bullis, promoted to Commander (USN), returned to active duty, and many Bullis graduates went to war. On campus, Clark Hall, built in 1946 (students called it âThe Alamoâ), housed classes and growing numbers of students. 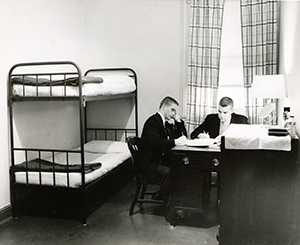 By 1948, the curriculum included 9th through 12th grades, and the Silver Spring location endured through World War II, the Korean War and into the Vietnam era. The post-graduate naval preparatory program continued even as Bullis welcomed more students and expanded the academics and athletics programs. 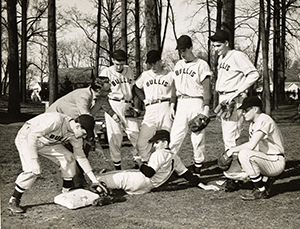 The varsity football team celebrated an undefeated 1947 season and saw continued success. In the 1940s and 1950s, Bullis athletics included basketball, baseball, wrestling, golf, swimming and a rifle team. The Roll Call yearbook and The Bulldog newspaper were established in the 1940s, along with student council and several clubs. 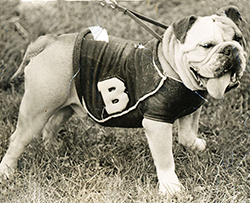 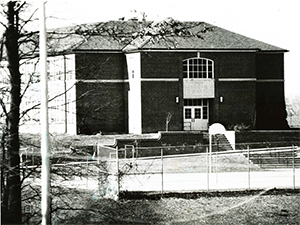 The first football game on the Potomac campus was played vs. Landon School in 1967 as Bullis became increasingly established as a Potomac-based school. Once North Hall was built in 1969, all classes were held in Potomac. Moving the Silver Spring goalposts to the Potomac campus in 1971 marked the full transfer of the school to the new campus. Fifth and 6th grades were added by 1972, and the schoolâs library, then in South Hall, was augmented. Art classes, previously extracurricular, became part of the Bullis program in 1978, while drama and music, at first extracurricular, were added in the early 1980s. 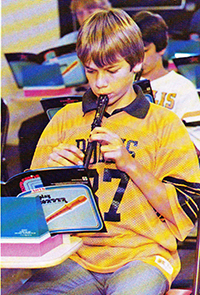 Commander Bullis served as principal as well as the president and chairman of the Board, while Al Grossman, who came to Bullis in 1942 as a math teacher, became assistant principal in the early 1950s and remained as such until his death in 1979. John W. Spencer began teaching mathematics in 1947 and served as head of the Lower (later Middle) School, while John Dillon, longtime physics teacher and coach, became head of the Upper School. 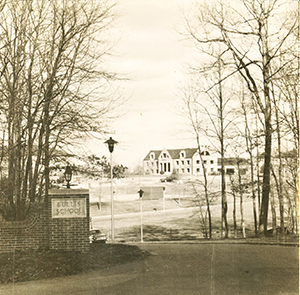 During the 1970s, Bullis acquired Middle States accreditation. The first community service program began during this time as well as students volunteered to help special needs children. After Mr. Grossmanâs death, Lawrence Bullis â54, one of the Commanderâs sons and himself a Bullis teacher, became headmaster. Founders Hall was designed by Bullis alumnus Williston Dye â71 and completed by 1981. It featured a dining hall, arts center, a music room, library and offices. 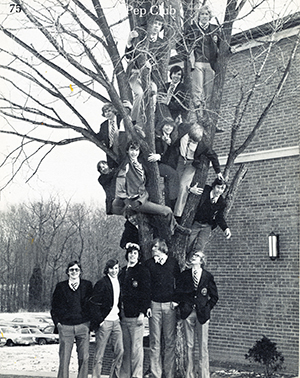 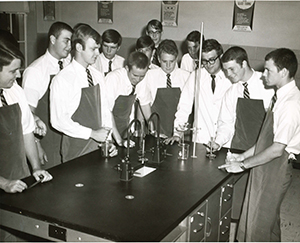 About the Bullis Legacy 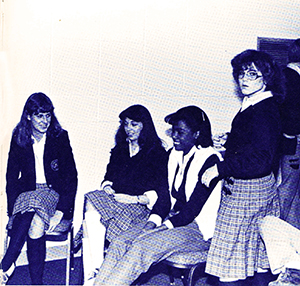 Headmaster Larry Bullis retired in 1990 and interim head Dr. Stephen Kurtz served until Dr. Richard Jung became headmaster in 1991. Lois Hoover Bullis passed away that same year. Fourth grade was added in 1992 and 3rd grade in 1994, joining 5th grade to form the new Lower School. The construction of The Athletic Center in the early 1990s gave a dedicated home to the Bullis athletic program, while the Marriott Family Library, completed in 1998, provided a beautiful space to house books, computers and classes. The arts widened their horizons with the first art intensive trip abroad, and the theater department produced top-rate productions such as Grease, Fiddler on the Roof and Oklahoma! Coordinated efforts at Bullis to establish a âclean and greenâ school also began in the 1990s. 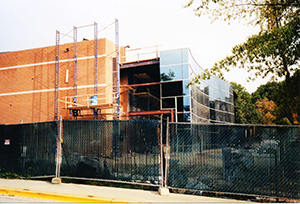 By 2001âCommander Bullisâs 100th commemorative birthdayâmore than 600 students were enrolled. The last production in the Foundersâ Hall âcafetoriumâ took place just before The Blair Family Center for the Arts was dedicated in April, 2002. The new building provided arts classrooms and the spacious Howard Auditorium. 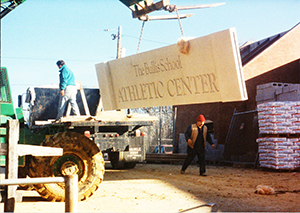 Tom Farquhar became head of school in 2002, and the newly renovated Kline Alumni Stadium was complete by 2004, giving another boost to Bullis athletics. In the early 2000s, the 21st century curriculum of academic excellence initiated under Dr. Richard Jung blossomed further, transforming the Bullis program in ways that are still being developed today. 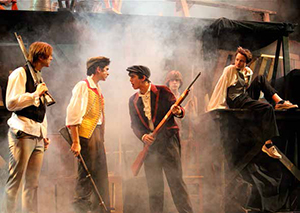 Dr. Gerald Boarman became head of school in 2010, beginning a new era of campus-wide improvements and introducing exciting initiatives in the Bullis program. STEM and Entrepreneurship signature programs were launched in 2013 with a broad range of class offerings and activities. Community service has become a for-credit activity option, while arts and athletics continue to thrive, featuring stunning performances, ground-breaking art and sports conference titles. 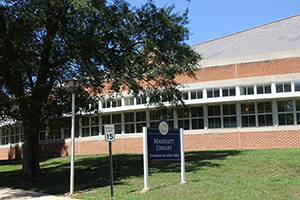 With increased enrollment creating greater needs, Bullis plans further expansion on the 102-acre campus with the proposed addition of a new Discovery Center and a second turf field. Bullis is poised for continued growth and ongoing excellence as we move into the future.

Onward Faring: The new book about the history of Bullis School 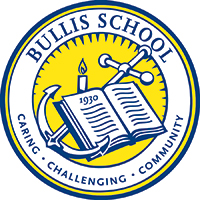 The Story of the Bullis Seal

The Bullis seal has undergone several transformations and variations since the School was founded in 1930. Todayâs seal, above, includes both traditional and modern elements. See all the previous versions of the seal, and read about how each served as a visual window in the Schoolâs history and evolution. Â»

Come see our History Showcase in person! On the first floor of Founders Hall, itâs alongside a hallway of student award plaques from the last several decades and our story of the Bullis seal. 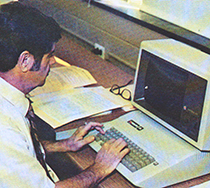 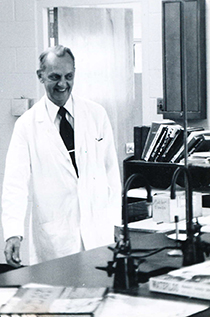