<Back to News
Behind Bullis School's Smooth Transition to Remote Learning 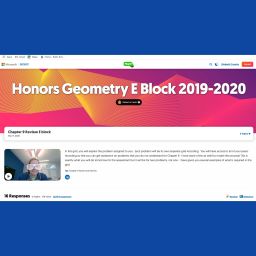 At 8:00 a.m. on Wednesday, March 19, most businesses and schools were shut down because of the Covid-19 outbreak, but for students of Bullis School, a full school day was beginning. How did Bullis create a remote K-12 experience true to the best about the school and stand it up in a matter of days? Here is a behind-the-scenes look into what went into the seamless transition to the Bullis Remote Learning Program.

Head of School Dr. Gerald L. Boarman began following the coronavirus in January. Since most of Bullis's international students are Chinese, the story of the virus was significant to the Bullis community long before the first domestic case was identified. With that awareness, Dr. Boarman kept pace with developments and put coronavirus on the agenda at leadership meetings. Soon, the school had developed a contingency plan to enable their students who had traveled and were self-isolating to keep learning from home.

By the end of February, with coronavirus chatter everywhere, Bullis and other schools began canceling international Spring Break trips. Bullis Executive Director of Technology Jamie Dickie carved time at the end of February to brainstorm what a shift to remote learning for all students might look like at Bullis. Along with Dr. Boarman, Dickie had been reading about the experience of American schools in Asia including the Shanghai American School and the Hong Kong International School. He had studied plans written by schools facing campus closures abroad. What began as a brainstorm became a detailed five-page document laying out four levels of virus threat and the corresponding remote learning plan for Bullis.

As the crisis loomed, Bullis designated a previously scheduled professional development for Friday, March 13 to prepare staff for possible remote teaching and learning. Little did Dickie know that over the course of the next two weeks, the situation progressed to level 4. By the time the day for training arrived, staff would train remotely for remote teaching. 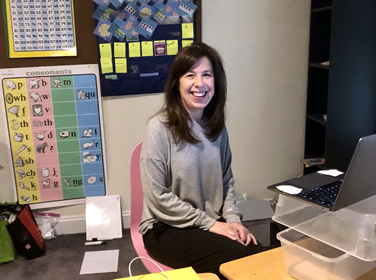 Nevertheless, Bullis teachers had two full days of training and were offered remote lesson templates. With the can-do attitude typical of Bullis staff, the teachers dove in and soon surpassed even their own expectations.

In a recent class, 9th-grade students in KristinÂ Kowalew's Human Geography class met in Google Meet. Each student was working on an essay about the country they've been assigned for their year-long ambassador project. Students were free to work independently, but many popped in during the class period to conduct remote "writer's workshops" with their teacher, flipping between camera and screen-share to discuss feedback on their written arguments.Â  Kowalew, who was also able to guide students in footnoting and work with them to locate and evaluate sources of information, reported success. "I had some of the best writing sessions with students in our virtual classroom."Â

"how proud I am of the sixth-grade class. The students have been showing up on time, prepared, and are remaining fully engaged during all activities including Pear Decks, read-alouds from our digital notebooks, and more. I felt this week was very successful and, as much as I'd rather be on campus, I am grateful to still be able to connect with my students and see their faces each day in the virtual world!" 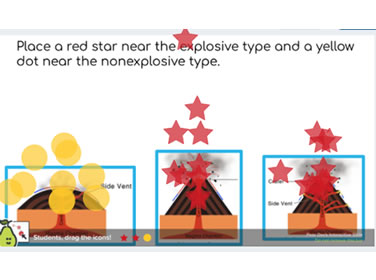 Over the scheduled spring break. Dr. Boarman, division heads, and teachers reflected on the process and made a few adjustments. On the Friday before students returned to school, Dr. Boarman sent emails to students, staff, and parents sharing the changes. An important goal was to reemphasize the sense of community created in Google Meet class meetings. Another was to create time and space for social connection--albeit at a distance. This has meant shifting Bullis Remote Learning to four-day weeks, emphasizing focused work during the school day, while also allowing time one day a week for both students and teachers to get away from screens and work on projects and plans. Â

"Bullis teachers have vast experience in using remote learning and we have a strong tech department led by Jamie Dickie to support our teachers and students," said Dr. Boarman. "As we move forward over the next two weeks, we plan on having theme days virtually, such as spirit week, crazy hat day, share your pet day and many other fun activities. We may livestream an assembly. We hope to bring as much learning and fun as possible during these trying times."

Bullis has been able to pivot to remote learning quickly and efficiently because from day one the educational basics were under control. The transition to distance learning was built on a firm foundation. The school had laid the groundwork for this transition to remote learning over a decade, with its deep commitment to educational technology tools spearheaded by Director of Innovation and Educational Technology Stacey Roshan.

Together, Dickie and Roshan emphasize a core set of "go-to" tech tools such as: Flipgrid, EdPuzzle, Pear Deck, and Sutori. Over the last six years, Roshan has given demonstrations, partnered with teachers to deploy the tools in their classes, and created a library of online tutorials and examples for reference.

"We've talked at Bullis for years and years now about how tech tools can be used to further personalize the learning experience," said Roshan. "And so most Bullis teachers have used most of our "go to" tech tools in some capacity at some point.Â  While some of these tools may have felt like nice-to-have add-ons to enhance teaching and learning, they are now critical.

That experience made it possible to migrate even the most concrete classes online. 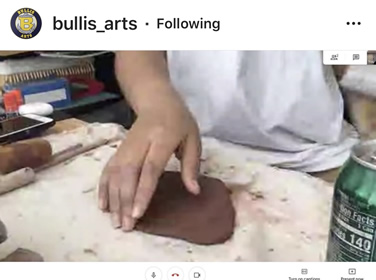 For example, in Upper School Art Teacher Alice Shih-Kahn's introductory ceramics class, each student was given their own slideshow, with the expectation that they would photograph and document each day's progress with the clay they'd brought home. Every night, Shih-Kahn reviews the slides and makes comments and suggestions. Students meet one-on-one with Shih-Kahn frequently during their redesigned class time. But even when a student hasn't had individual time, Shih-Kahn gives feedback to help the project move along.

From the beginning, the goal was to retain as much of the Bullis student's educational experience as possible. One priority was to maintain the social connection and structure for students. That meant Middle and Upper School students would meet in their normal class blocks. Using Google Meet, classes would check-in at the beginning of the block. Many Upper School classes began with announcements and a discussion of the day's independent work, followed by time for teachers to meet individually with students. Bullis teachers reported that students have been delighted to see one another, arriving on time and ready to participate. As Dickie said, "It's not going to be normal, but we want to add a dash of normal to a crazy situation."

Maintaining normalcy was even more important for students in Lower School. For students in Kindergarten through 5th grade, the homeroom is the center of the day. Over Spring Break, several Lower School classes maintained the routine of morning check-ins where kids saw classmates, introduced pets and siblings, and began the day with a structured and welcoming reimagined morning meeting, much like the Responsive Classroom morning meetings that begin each in-person school day in Lower School.Â Â 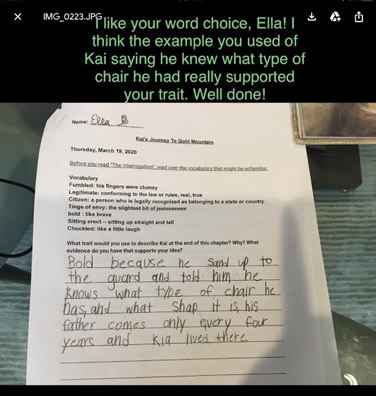 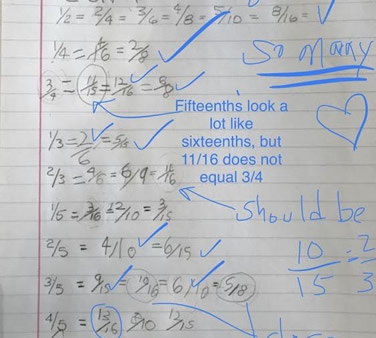 Fourth-grade students completed assignments and photographed their work with iPads that the school had sent home. Teacher Elizabeth Jacobi gave immediate feedback on the students' work.Â

As Bullis teachers shifted to remote learning, they thought about the goals they set for students and devised adjustments to their teaching to help students reach those goals from remote locations. This approach leverages the skills and strengths of Bullis teachers, who have always created a connection with students and who base their teaching and challenging each student within the context of those trusting relationships.

Now, across Bullis, teachers began reframing their idea of what a successful Spring trimester would look like.

Some teachers reimagined assessments. Students in Upper School Math Teacher Rebecca Turett's Honors Geometry had a test scheduled during the first week of remote learning. Rather than throw out the plan, Turett adjusted, showing students how to use Flipgrid to record a quick video of themselves solving a math problem, talking through each step and calculation. The students gave it a try, developing comfort with Flipgrid. In their next class, Turett's students had their assessment. Rather than a test with a dozen or more problems, each student faced one or two problems, solved them, showing their thinking and their work through Flipgrid. While grading the reimagined assessments has been time-consuming, Turett reports that she gets a clear sense of which students need support and where.

They say that success is what happens when opportunity meets preparation. At Bullis, remote learning evolved quickly when the staff, committed to maintaining their connection with students, leaned in to familiar and new educational technology tools. They have been able to continue the personal and individualized Bullis student experience by reaching out through the laptops, iPads, and computers on the kitchen tables of their 800-plus students until they meet again, in person on campus.Â