<Back to News
Bullis at AmeriMUNC

International piracy. The spread of the Chagas disease. The rise of drug cartels.Â 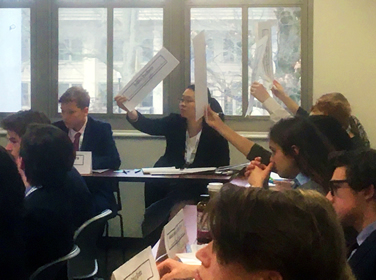 These are just a few of the critical issues that Bullis students combated over the first weekend in February at AmeriMUNC, the 3-day Model United Nations conference hosted annually by American University. Bringing together 900 high students from across the country and from around the globe, AmeriMUNC is a unique Model UN conference because the simulations in each committee are all interconnected. This year's theme was "Crisis in Latin America", and each committee dealt with a key issue faced by the region. Committees could work together outwardly or conduct covert meetings, and the actions of some committees impacted the work of another, all corresponded through live (unofficial) Twitter feeds. This unique style of conference led to more buy-in and participation from all the delegates.Â

Bullis students served as delegates for the World Health Organization (WHO), Disarmament and Security, Special Political Organization, the Petrobras Board of Directors, the Disney Board of Directors, and the Honduran National Police. Our students worked hard to prepare for the conference, with most preparing to discuss two different topics in their committees. A few were part of crisis committees, in which the organizers can throw unique and challenging situations into the mix at random that the students have to solve (ie, Americans taken hostage in Honduras). Bullis eleventh-grade student Sammy Houdaigui received a verbal commendation at the awards ceremony for his work as Equatorial Guinea in the WHO. 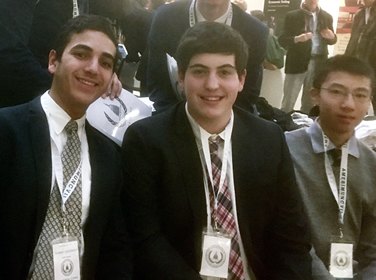 Each of our students developed and honed several important skills during the course of the conference. They collaborated with other delegates, practicing diplomacy and making compromises, gave speeches, wrote resolutions, and analyzed complex crises in an effort to bring about practical solutions and, ultimately, peace to a region. The hard work, creativity, and engagement demonstrated what it means to be a Bullis student, representing a school committed to preparing emerging global leaders to embrace the challenges of the present and future.