In the fall of 1981, the Bullis girlsâ tennis team took the court for the first time against many more experienced opponents under the guidance of Coach Jay Phillips who at the time was the boys tennis coach for Bullis. The team was composed of 7 beginner players and only a few advanced players, making for a tough but educational 2-5-1 season. The following 4 seasons mirrored the first, but the hard work and perseverance of the Bulldogs began to pay off.

In 1985, Bullis entered into the ISL while also recording itâs best start with a 3-0 record, sending the message that they were developing into a team to be reckoned with. The following season, Coach Chet Patterson led his gals to a respectable 6-6 record and its first non-losing season. Two short years later, Coach Suzanne Botelli took the program a step further and led the Bullis girls to their first winning season in the fall of 1988. The overall record that year was 9-4 and the teamâs third place ISL finish sparked a surge of success for the program.

Over the next four seasons, the team won 27 matches and posted a .520 win percentage. Tom Bogen had much to do with this success, leading his teams to 24 of those wins during his three year stint as head coach. In 1994, Coach Faith Bullis Mace (then Faith Sebring) took over the reins of the program. In her second year, Coach Sebringâs 1995 squad garnered Bullisâ highest league standing ever with a second place finish. None of Coach Sebringâs teams finished lower than fifth place in league play during her four year tenure from 1994-1997.

In 2002 Bob Pass became the girlsâ head coach. Although the first year was tough, Coach Pass quickly turned the program around, and in his second season captured the ISL A title. The team won another ISL title under Coach Pass in 2003. He was honored as the Gazetteâs Coach of the Year for the 2003 season. He has won four banners for Bullis, and all Bullis tennis banners have been won under Pass. These include 2 AA Division championships in the 2009, 2014 and 2015 seasons. He has won over 120 matches while with Bullis. The 2018 season will be Coach Passâ 17th season as the varsity girls tennis coach. 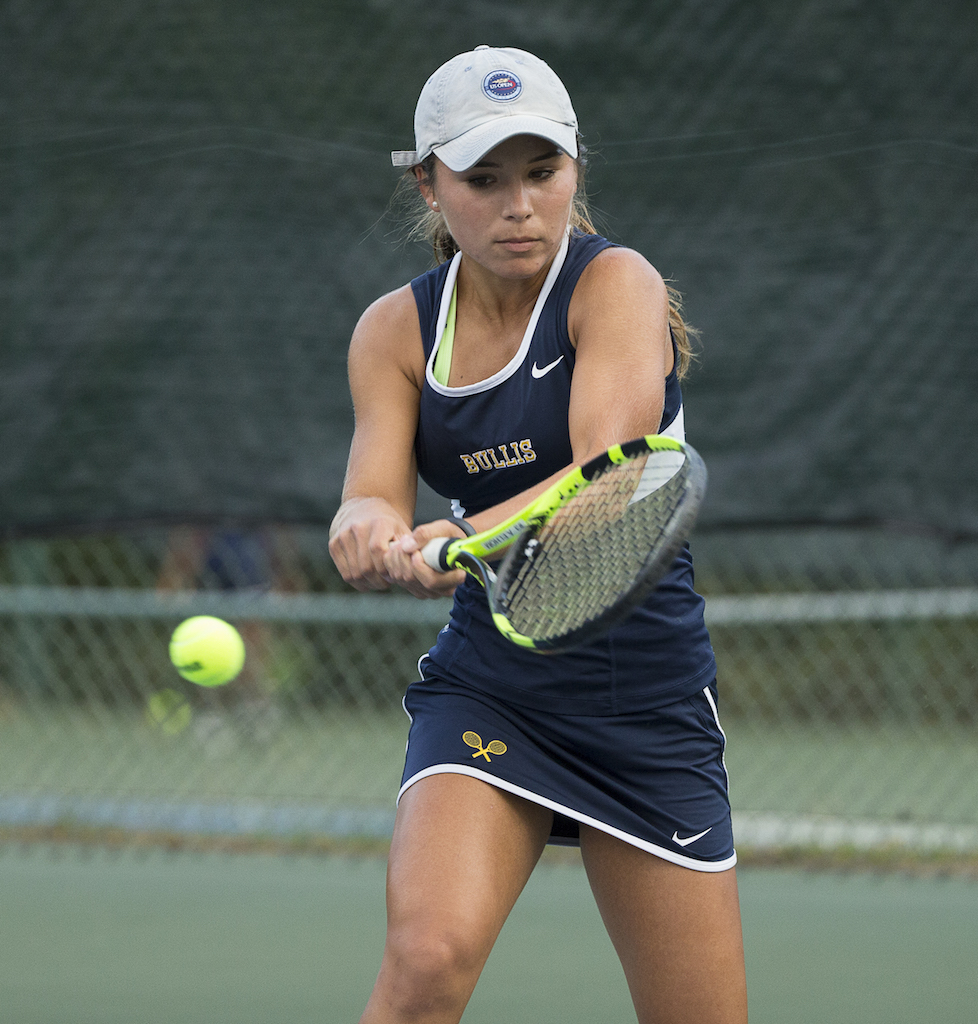